Clay Small, former Sr. VP & Managing Attorney for PepsiCo, lived in Wichita for 8 years and his children attended Wichita Collegiate. Wichita has had a lasting impact on Clay – so he included it as one of the settings within The Forger’s Forgery! Join us as we learn why art forgery is on the rise.

Clay G. Small was General Counsel of nearly all of PepsiCo’s current and former divisions,
including Frito-Lay, Pepsi-Cola, Pizza Hut, Kentucky Fried Chicken, and PepsiCo Wines & Spirits. He worked as Senior Vice President – Managing Attorney, PepsiCo, Inc. In that position, he was responsible for all legal matters arising out of PepsiCo’s global operating divisions. Clay received his JD from Southern Methodist University (member of Law Review and Barristers) in Dallas and received his BA in English from Ohio Wesleyan University, where he was a two-time all-American soccer player and drafted by The Dallas Tornado. Clay is also a Fellow of the Dallas Bar Association 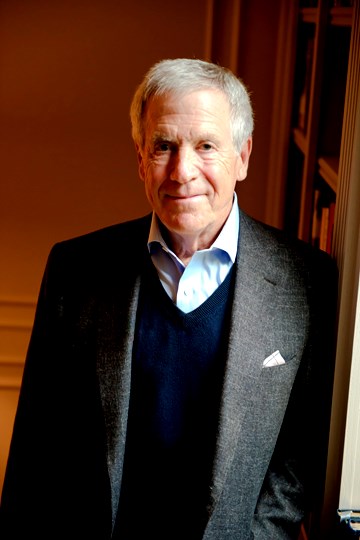