Dr. Fred C. Heismeyer is District 5680 Governor and a member in the East Wichita Club. Fred has served as Club President in 2016-17 and District Trainer of District 5690.

He has been honored with the district “Service Above Self” award jointly with his wife, Joyce, and the club’s “Service Above Self” and “Rotarian of the Year” awards. Fred and Joyce have been active Rotarians at the club and district levels for many years. Fred began his Rotary career in 1997 as a member of the Springdale (Arkansas) Club where he was a board member; moved to the Iola, Kansas club in 2009 where he served as President-Elect before the couple’s move to Wichita in 2011. 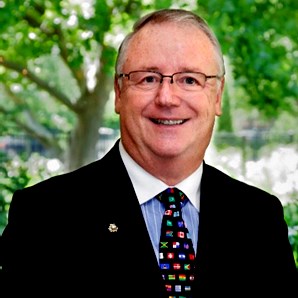